The Middle White is recognisable in a crowd!

The Middle White is one of the most distinctive white pigs because of its short nose that some say makes it look like it has run into a wall.

The Middle White is a cheeky, friendly pig that became known as the ‘London Porker’ because of its popularity in London restaurants.

Read on to learn more about keeping this breed, the BPA's conservation efforts and much more! 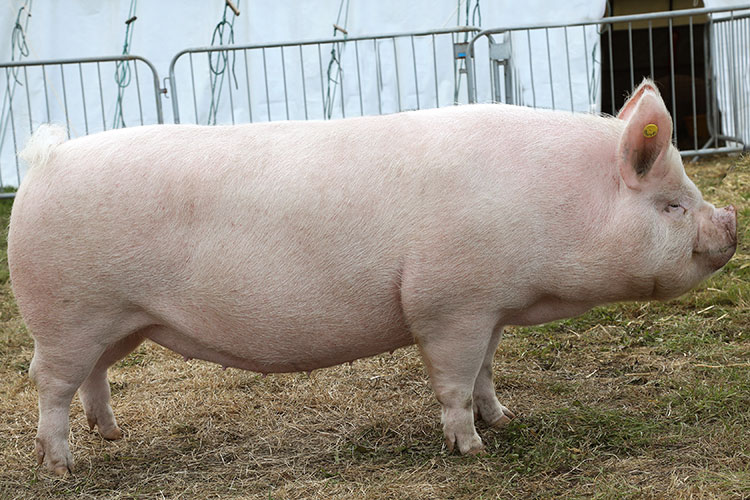 Improve the numbers and distribution of the Modiste line

Add a new Mischief boar to the Genebank

More on this breed 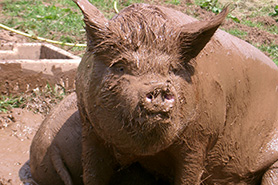 The Middle White, deriving originally from the Large White and Small White (this unfortunately became extinct in 1912) has a quirky but distinctive look. This distinctive looking pig appeals to many.
Learn more 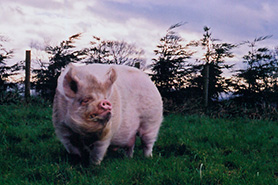 Stef Gorgetti and her Middle White pigs; a match which seems to have been made in heaven.
Learn more 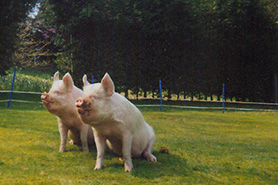 The Middle White has had many challenges but in recent times with the help of the Junior Pig club has had success in supporting some of the rarer lines. 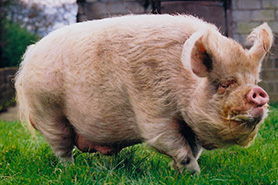 Thinking about buying a Middle White? Find out more about the essential characteristics that define the breed.
Learn more

The Middle White originates from the crossing of the Large White and the Small White in the 1850s in Yorkshire, officially being recognised as a breed in 1852.

It became known as a pork breed and grew in popularity as a result in the first half of the 20th century, widely exported as well as being increasing popular within London - even gaining the title of ‘the London Porker’.

Middle White breeding stock has been exported world wide, and the breed is particularly appreciated in Japan where they are known as “Middle Yorks”.

In recent years many highly regarded chefs such as James Martin has commented on the quality of the meat and crackling these pigs produce.

All enquiries for the middle white pig breeders club should be directed to:
middlewhiteclub@hotmail.com
www.middlewhite.co.uk/